Find out if your agency’s MSA and SOW measure up with a Matchstick contract analysis and Report Card.

Indemnification is a big word, one we don’t often use outside of a legal context. These clauses can be long, confusing, onerous and appear potentially dangerous or costly to your business. What does it mean to ​“indemnify for all loss, damages, cost, expenses, liabilities,” etc.? Fortunately, things are not as frightening as it sounds. Really. 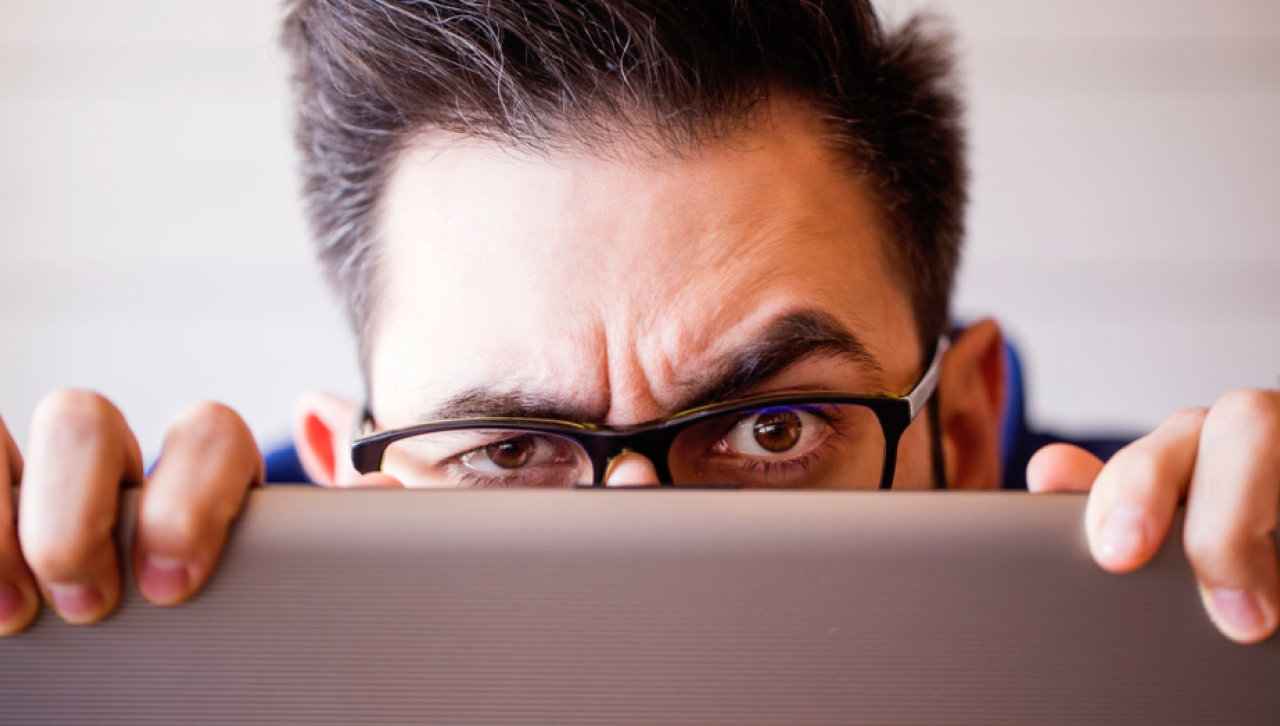 Indemnification is the right to be reimbursed for money paid out of pocket to solve a problem caused by the other party to a contract. In an agency-client relationship, indemnification clauses give clients legal reassurance that they won’t be on the hook for certain mistakes made by an agency.

It’s often easiest to understand indemnification through an example: Let’s say an agency produces a website for a client. The website includes a photo the agency doesn’t have a license to use. The client puts the photo on the website and hits publish. The photographer sees that image and rightfully demands a license fee. Fearing a bigger problem, the client pays the photographer out of pocket. The indemnification clause allows the client to seek reimbursement of the license fee from the agency.

Elements of Every Indemnification Clause

Sure, indemnification clauses are often full of legal terms and scary words (attorney fees, damages, liabilities, claims), but they’re really made up of just four elements. And most of the time, only one of these actually needs to be negotiated. The four key elements are:

The last item is the most important one. It’s where most of the negotiation occurs and your risk is managed. Let’s look at a typical indemnification clause to see how these things look in context: 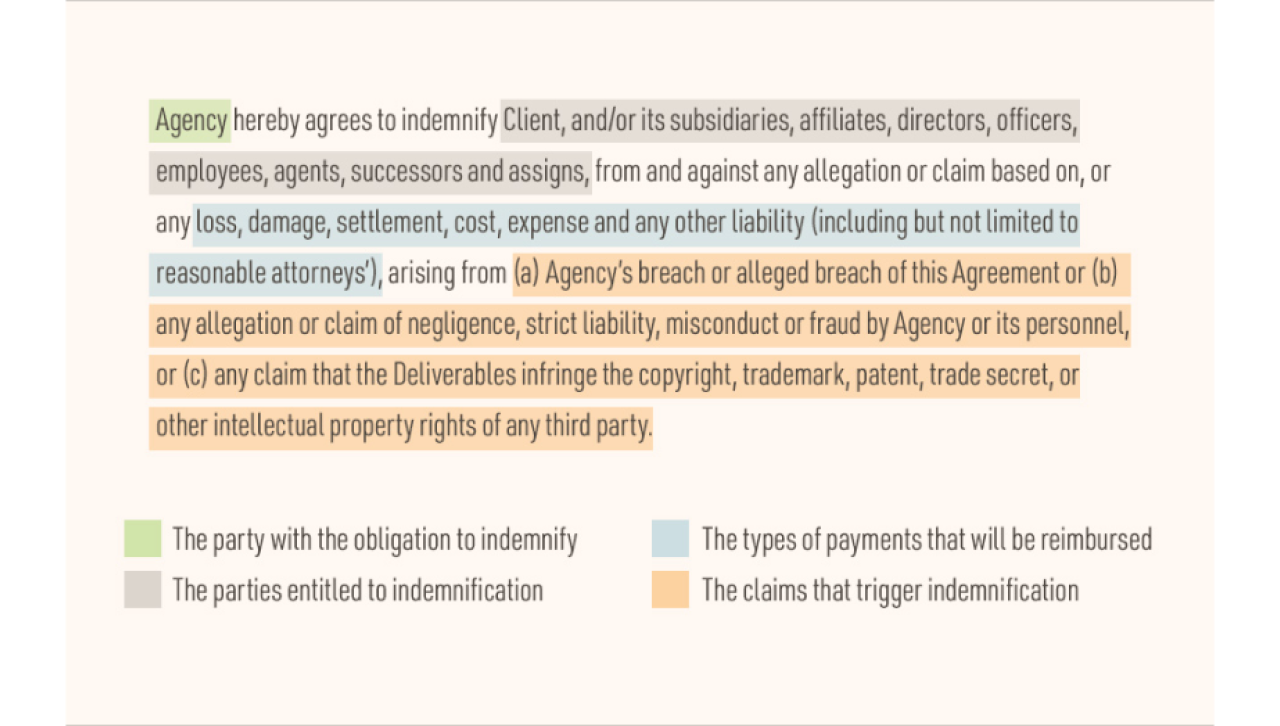 The claims section is the critical piece. This defines the scope of an agency’s indemnification obligation. And the last clause about infringement, is where most of the action is.

When agencies encounter indemnification clauses, a common response to manage risk is to make the clause reciprocal. But a mirror doesn’t manage your risk. The way to manage your risk is by appropriately defining that list of claims that trigger the obligation to indemnify.

Another way to manage risk is to add some exceptions to the agency’s indemnification obligation. Limit the scope by identifying only the infringements of which the agency had knowledge and carve out some exceptions.

For example, be clear that the agency is not responsible if:

One example is if an agency has a photo with rights to use it on a website. But the client liked it so much they put it on mugs or a billboard or in a broadcast commercial. Such uses go beyond the scope of the license the agency obtained, and the use by the client was outside that scope. In this case, it’s pretty intuitive that the client took liberties with the photo — and the agency isn’t responsible for that.

Another instance might be software code that leads to a patent infringement claim. The client provided specifications for how the website is supposed to work, but it violates someone else’s patent. The agency isn’t doing clearance or patent searches, so there’s no way it could know. The specifications the client decided on were the problem; the agency was just following instructions.

Indemnification: Not Necessarily a Clause for Concern

In your work as an agency, you will regularly encounter indemnification clauses. The first time, you might think, ​“This is a lot. I don’t understand it. This is scary.” But by breaking a clause down into its elements, you can see where to focus your attention to understand and manage your risk.

If you properly qualify the scope of infringement indemnification and add clear exceptions, you will take a substantial step forward in taking uncertainty out of these clauses. That said, indemnity is still confusing and complicated, so it’s also a good practice to consult with your lawyer.